Unfortunately the Autosolo scheduled for 18th September at Thruxton has had to be postponed. This is due to clashing with two other major national events which would undoubtedly left us struggling for both competitors and marshals. Rather than run a second rate event we have reluctantly decided to postpone. A new date will be announced […]

The Santa 50 12 car rally will be run on 25th November to celebrate the 50th Anniversary of the first ever rally outing by Dick Appleton and Chris Mills. They will use Dick’s Morris Cooper S CYD 820C, the same car as 50 years ago. Watch this space for more details of the event or […]

Now it seems that things can get back to normal socially, we are pleased to announce that we will be re starting our monthly social gatherings at the Coppleridge Inn. It will be on the second Tuesday of each month starting 12th July from 7:30 come along for a chat about motor sport, motoring and […] 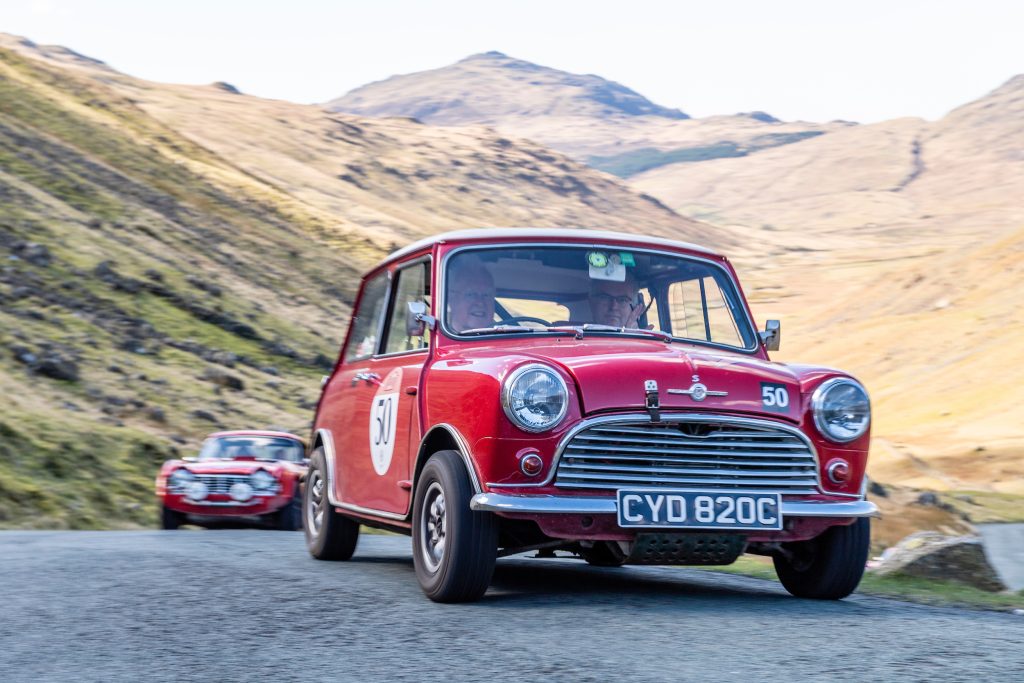 Father & Son crews Paul & Matt Heal and Dick & David Appleton carried the S&SCC flag on the recent Generations Rally based in the Lake District and organised by Rally the Globe. Both the MGB GT of the Heals and the Appletons’ Cooper S ran faultlessly in the sunshine of the 3 day event […]